In the midst of yet another Nor'Easter, one has to believe that the ducks know best and Spring will not be long in coming.
Caillou, the matriarch of our flock has this year decided to make her nest in one of the chicken egg laying boxes 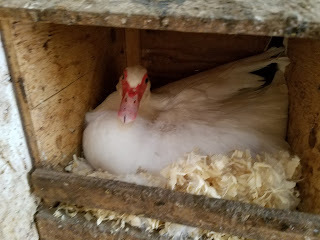 which may help contain her eggs, as she has a tendency to scratch her eggs out of the nest. 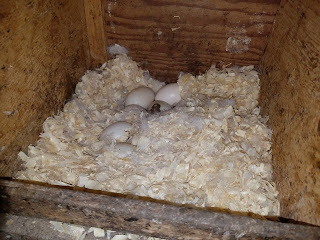 Nora, so named because her sister Dora wandered far and wide throughout the woods, until one day her exploring took her to the point of no return.
The incubation period for a Muscovy duck is around 5 weeks, Nora has been sitting for three weeks 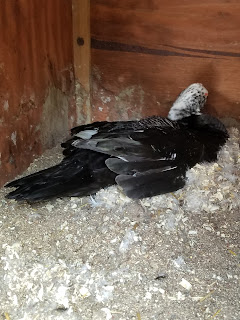 Cinco, a daughter of Nora, got her name because she has made her nest under the Pizza oven sink countertop 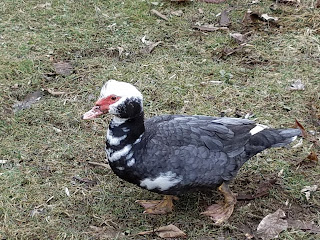 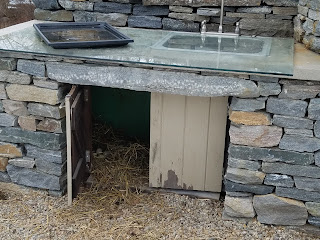 She has 4 eggs at present and will start sitting when she has a dozen or more, which will probably take another couple of weeks. 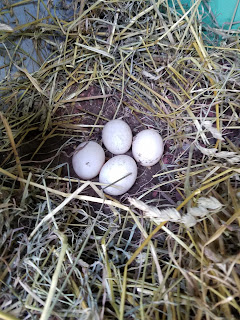 The almost identical sister of Cinco, who we named  Mayo, has been sitting for just over a week 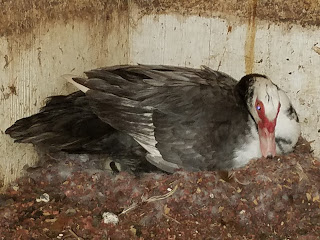 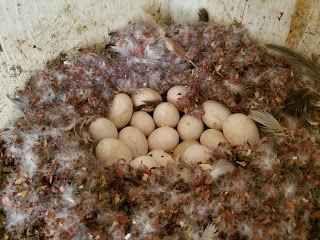 Studley, on the left and Sir Francis, are our two drakes. 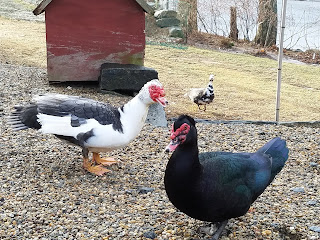 But don't put away your snow shovel just yet, as Coddle hatched 4 little duckling back in December.

Posted by Andrew Pighills at 9:43 PM