The plants that I know that most readily propagate by layering are grape and wisteria. When scrambling along the ground, both tend to grow roots at every leaf node, followed closely by the multiflora rose and this vagabond. 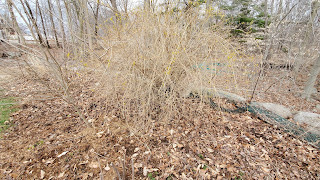 Forsythia (named after William Forsyth and pronounced scythe as in "The Forsythe Saga" and not sith as in the Star wars title "Return of the Sith") as you can see from the photo below, roots and puts up new shoots where branches droop to the ground. 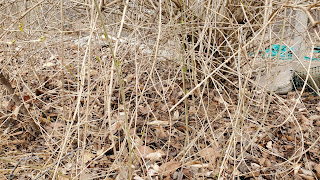 Considered by some to be invasive, from a distance, I do enjoy the mass of yellow spring flowers. This newly planted layer is bordered by the pond and a road to keep it confined. 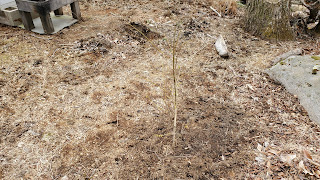 Hydrangeas readily layer, if not naturally, then with the help of something heavy placed on top of a stem bent to the ground. 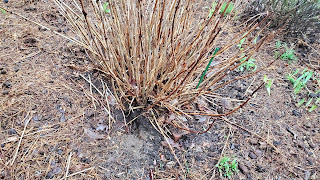 This new planting layered naturally from the mother plant above 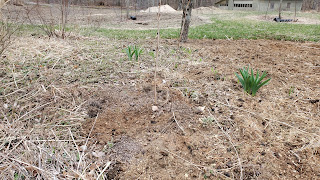 Our oakleaf  hydrangea has provided a couple of new plants from layers taken over the last couple of years. 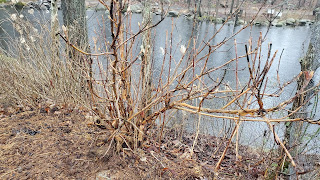 I was going to cut off this straggly growth that has grown through the fence into an adjacent border, but I decided to cover the lower branch with soil. I'll check for roots this time next year. 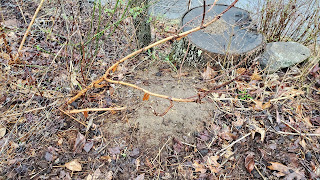 Our new oakleaf hydrangea, shown below, layered last spring and was replanted a couple of days ago. 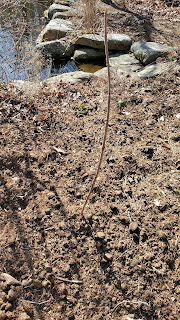 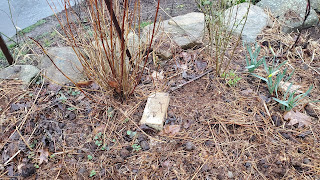 This Excelsa rambling rose has attempted to layer in a crevice of this dry stone wall, unsuccessfully I might add. If you want to check the quality of your wall, plant an Excelsa rose next to it. If it finds purchase, your joints aren't tight enough. Rambling roses, like the multiflora rose are notorious for layering. 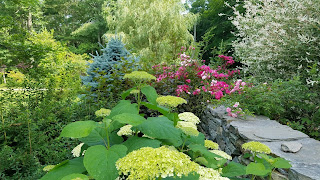 Most roses are not so obliging, but I laid down a cane of the rose Therese Bugnet and lightly covered it with soil 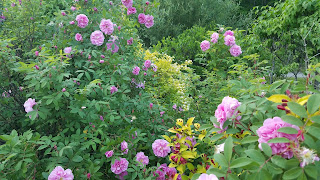 Two years later and I have 7 new roses. 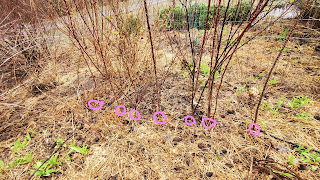 Posted by Andrew Pighills at 2:53 PM