Once again our strong hive swarmed and this time rather than settling low to the ground as the first swarm did, they went high into this oak tree, here seen through my binoculars. 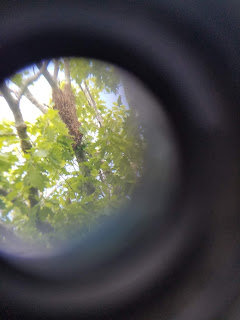 I threw a weighted rope over the highest branch I could reach and hoisted a box (circled blue) with swarm lure inside, but it was a good 15 ft below the swarm (circled blue) and I went indoors for lunch without much hope of success. 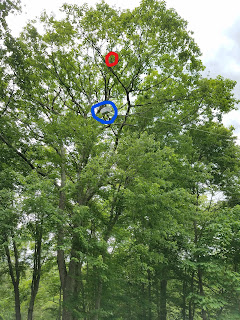 After lunch, I fully expected the swarm to have flown to pastures new. 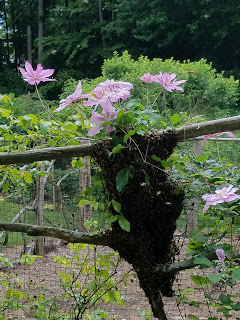 What I did not expect was the new pasture would be our garden fence, 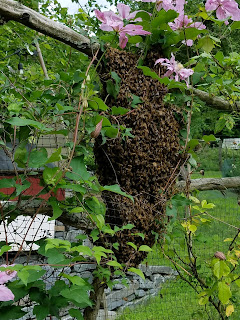 Easily within reach for recapture. 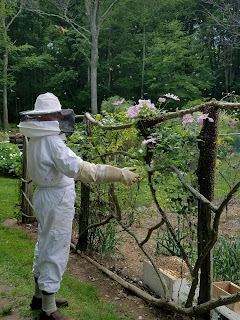 I held a cardboard box below the swarm and shook the fence, 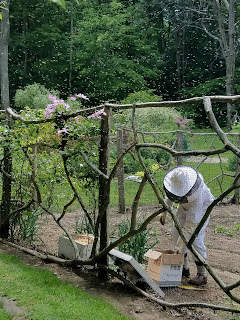 Then I emptied the box into the hive. 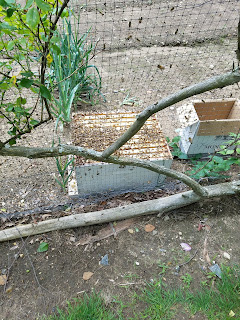 This was a substantial swarm and it took considerable time for the swarm to follow the queen into the hive. 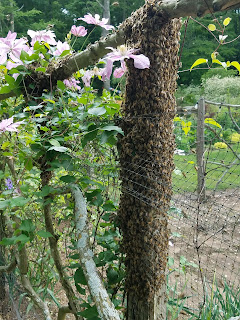 But eventually the bees left the fence 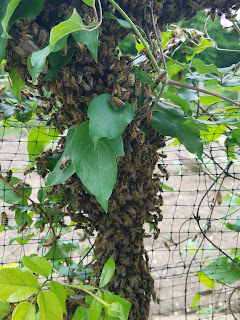 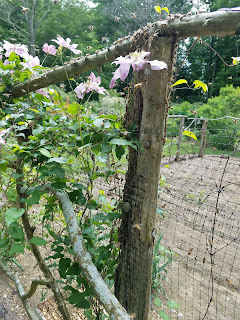 and are now safely back in a new hive. 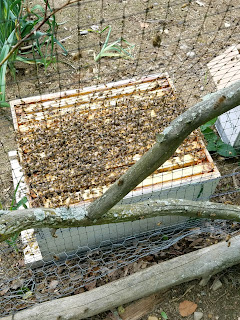 Now we have the original hive (center R) which is still very strong, the early Spring split (center L) The first swarm (Left) and the second swarm (Right) 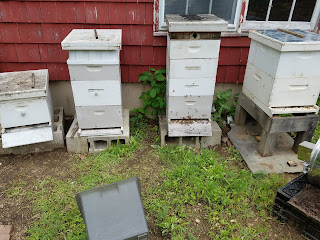 Posted by Andrew Pighills at 7:46 PM