It's not just the wild west that is full of cowboys.

This is a photo from an Andrew Pighills Facebook post back in July, and that is where it should have remained, but this afternoon I got a call from the owner of the wall to say the wall  has fallen down again. This photo is after the wall had been repaired 3 months previously 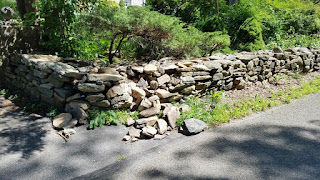 This is a photo I took this afternoon, just 2 months after it was repaired for the second time, by the same person who did the first repair 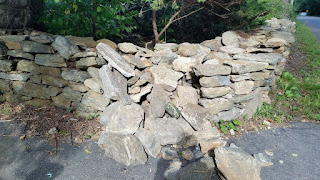 The wall on the other side of the entrance, also rebuilt by the same person, is full of small stones that have no structural integrity whatsoever and this large flat stone placed on its edge and just leaning against the wall. 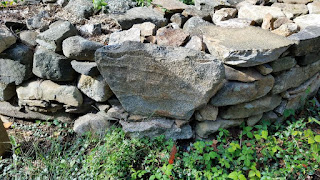 This photo was taken in July. 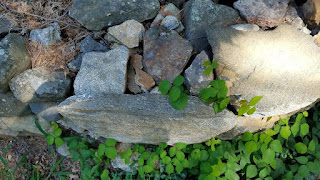 This photo taken this afternoon, shows the smaller stones falling down behind the large flat stone which is slowly being pushed out and eventually, over. 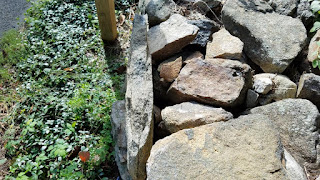 For a wall that will last a century or more, go to www.thestonetrust.com and look for a certified waller in your area.

I can promise you this.
The feeling of sadness as your wall collapses before your eyes will far outlast the joy of the perceived inexpensive build.

Posted by Andrew Pighills at 9:22 PM